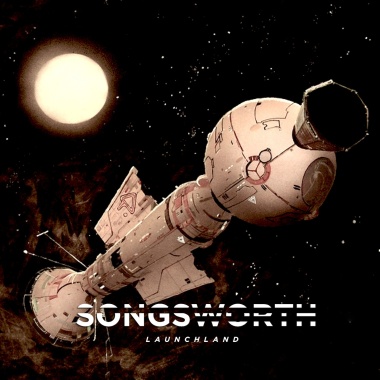 I must confess: I have not written the songs to the books they refer to. Rather, I have sought in the endless worlds hidden in my bookshelf for those moods and emotions that best fit the music in my mind. So it’s not like these songs were created as soundtracks for these books. But rather, they have come to be out of the same endless depths of imagination as the books and stories they are named after.

One song reminds me of the oceanic vistas in Léo’s amazing graphic novel, and is dubbed after it: Aldebaran. Another one was written when I was starting to read Hannu Rajaniemi’s outstanding Quantum Thief. It always propels my mind to the plaza in Mars where time beggars try desperately to extend their lives for one more moment of ordinary life. (Insofar as life on a futuristic transhumanist Mars can be called ordinary to begin with.)

Perhaps most significantly for this particular album, two of the songs are linked intricately to two novels by Alastair Reynolds. House of Suns may simply be the best science fiction novel I have ever read. Its outrageous scale and courage left me dumbstruck turning page after page, and the story still has not left me, some two years after reading it. The bizarre galaxy-spanning love story of Campion and Purslane is in many ways completely unique – quite a feat for a fictitious book in the 21st century. The second song, the album finale “Approaching Delta Pavonis,” links to a progression of events in Reynolds’ debut, Revelation Space. When the lighthugger Nostalgia for Infinity approaches the star Delta Pavonis, things are only beginning to happen. And a beginning, I believe, is as good a place to end as any.

At the end of the day, this music is about imagination. The worlds where my mind has wandered have left their mark, and that mark is stamped on these songs. I hope that these songs go some way to propel you too to new worlds beyond anyone else’s imagination – your own private worlds, with a shared genesis in these stories.

I hope this album gives you the odd chance to launch at the stars – and land at worlds never before seen by anybody else.

You can buy the album at iTunes or Amazon. You can also download it free of charge here.